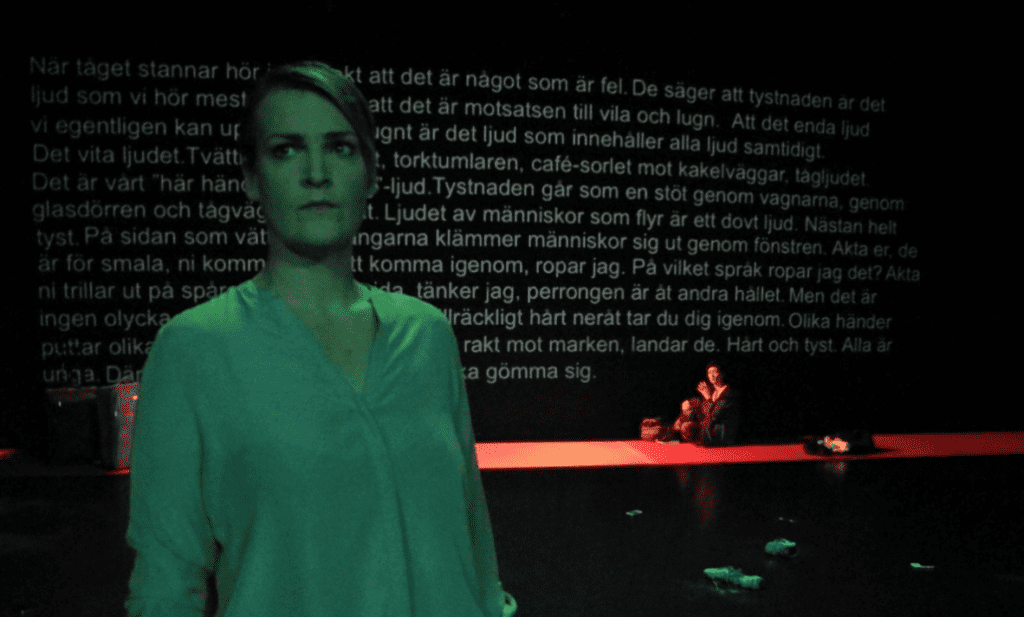 A tale of suspicion, fear and moral courage

It’s getting dark. A night train is moving through Europe. On board the train is Miriam, two night passengers and the usher, who is also conducting the train. They are all going the same way. But as the night gets closer, their journey takes an unexpected direction.

Night Passage is a story that originates from a true event that happened in Macedonia in 2015. What happens to the person whose worldview is controlled by suspicion? How long does it take for fear to take hold? When it’s dark, and we don’t know where to go, what are we willing to pay to be able to do the right thing?

“A play that gives voice to those who don’t have one and eyes to those who refuse to see reality” – TimeOut, Spain

“You do not leave the room indifferent” – Aftonbladet, Sweden

“It opens up a lyrical dimension and a larger perspective on responsibility” – Expressen, Sweden