(This program is in English, Nederlandse tekst onderaan)

A Balkan Afro-Futuristic fantasy: for generations, certain cultural codes have been suppressed. To counter this development, a certain people hid their cultural codes in time-capsules. Those capsules have been spread out through time and space. Every cyclic completion somebody has to perform a ritual in order to let the message free.

The dance-solo N>A>M> (Non Aligned Movement) is an artistic search for the black European identity and codes of the black body. Both the choreographer Christian Guerematchi and the musician Shishani have roots in Europe and Africa. They take inspiration from their own backgrounds, movements and sounds from the African diaspora. In N>A>M> (Non Aligned Movement) they embark on an epic and Afro-futuristic journey to the Balkans.

N>A>M> (Non Aligned Movement) is part of the broader movement and sound research – Epistemologies of The Body wherein the focus lies on stories about the black body. The title N>A>M> (Non Aligned Movement) is inspired by the Movement of Non-Alignment from the 1960’s, which played an important part in the process of decolonization and the independence movements from the so-called third world countries.

Shishani is a vocalist, guitarist, and song-writer who grew up in The Netherlands with Namibian and Belgian roots. In her work, she brings all those worlds together. She won several prizes for her work at home and abroad and she tours internationally. With her quartet Namibian Tales she researched musical traditions from the SAN people in the Kalahari desert, this in collaboration with UNESCO.  She does different kinds of collaborations with performing artists from theatre, spoken word, and dance. Shishani’s education is in Anthropology and Musicology and as an artist and activist her work sheds light on social questions.

Christian Guerematchi is born in Maribor, Slovenia, then Yugoslavia. He has Eastern European as well as Central African Roots. After graduating from the Ballet Conservatory he joined the National Ballet in Maribor (Edward Clug). As a dancer, he also worked with companies like Ballet Kiel (Germany) and Compagnie Thor (Brussels). Christian works and lives in the Netherlands since 2006 and since 2008 he is associated with ICK Amsterdam (Emio Greco and Pieter C. Scholten). Because of his interest in the voice he works in Amsterdam with choreographers like Nicole Beutler. Between 2016 en 18 he followed a propaedeutic year at the University of Amsterdam – Theatre Studies. This broadened his view on the performance-making process. His development as a maker has been influenced by several artistic collaborations. Some of those with: World Opera Lab and Keren Rosenberg. The performance White Noise in collaboration with the spoken word artist OTION has been Christian’s first bigger and self-produced project.

Made possible by: ICK Amsterdam & AFK 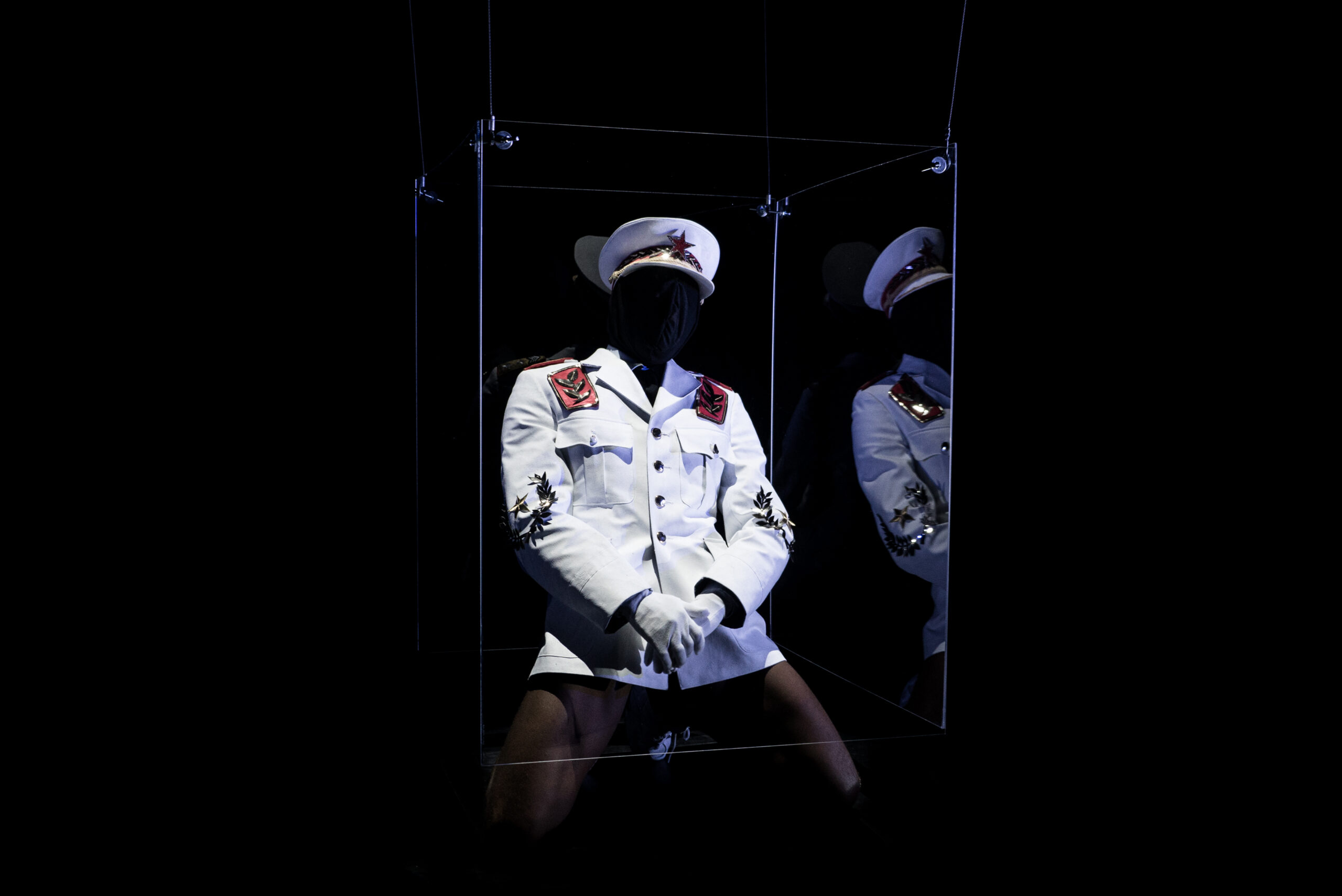