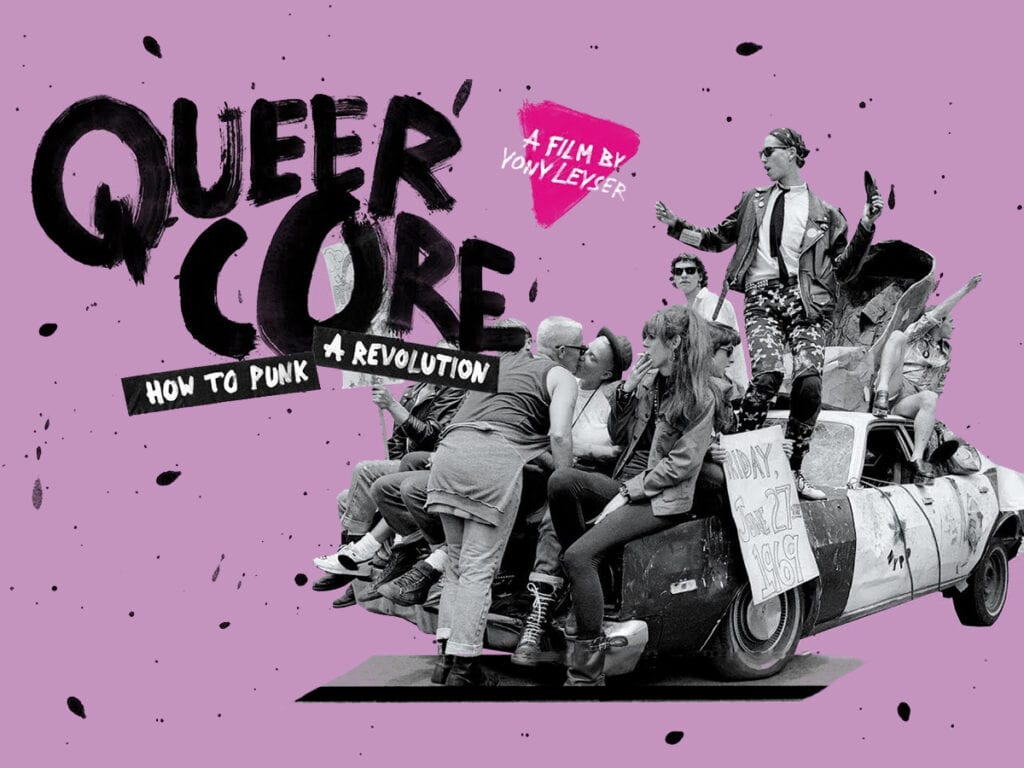 Including talk after the film with panel discussion! (read below)

CT Cinematic presents the documentary Queercore: How to punk a revolution. The cultural and social movement queercore began as an offshoot of punk and was distinguished by its discontent with society’s disapproval of the gay, bisexual, lesbian and transgender communities.

It embraced the do-it-yourself attitude of punk: making fanzines, distributing your own records, inventing and expressing your own aesthetic, and addressing revolutionary gay politics in homemade magazines and experimental films. The documentary is made up of the partly animated content of these magazines, experimental films from the 1980s and 1990s, interviews with the people involved, and archive footage of bands such as Pansy Division, A.S.F. and Tribe 8. It also questions whether the queer community nowadays has become too mainstream—shouldn’t it be reemphasizing its outsider position?

TRAILER OF THE DOCUMENTARY:

Directly following the documentary, there will be a short talk after the film with a panel of queer guests coming from fashion, lifestyle, performing arts, science and politics. Lead by Aynouk Tan (journalist, curator, lecturer) the panel will reflect on the documentary, it’s style, content and intersectionality (or lack thereof).

After a short break, the panel will continue their conversation for another 45 minutes discussing what queer means in 2019. When you are LGBTQIAP+, are you then always queer? And can you be queer without being LGBTQIAP+? Who can claim queerness? And what does queer expression look like?

With a special live performance by Reindier and two exhibitions by artist Julius Stahl and photographer Jozef Wright.

The whole program will be in English.

DISCLAIMER: This evening is about inclusivity and meant to be a safe space. Whether you identify as queer or not, LGBTQIAP+ or not, we want everybody to feel safe to attend or speak up. Discrimination, bullying or any excluding behaviour of any kind will not be tolerated.