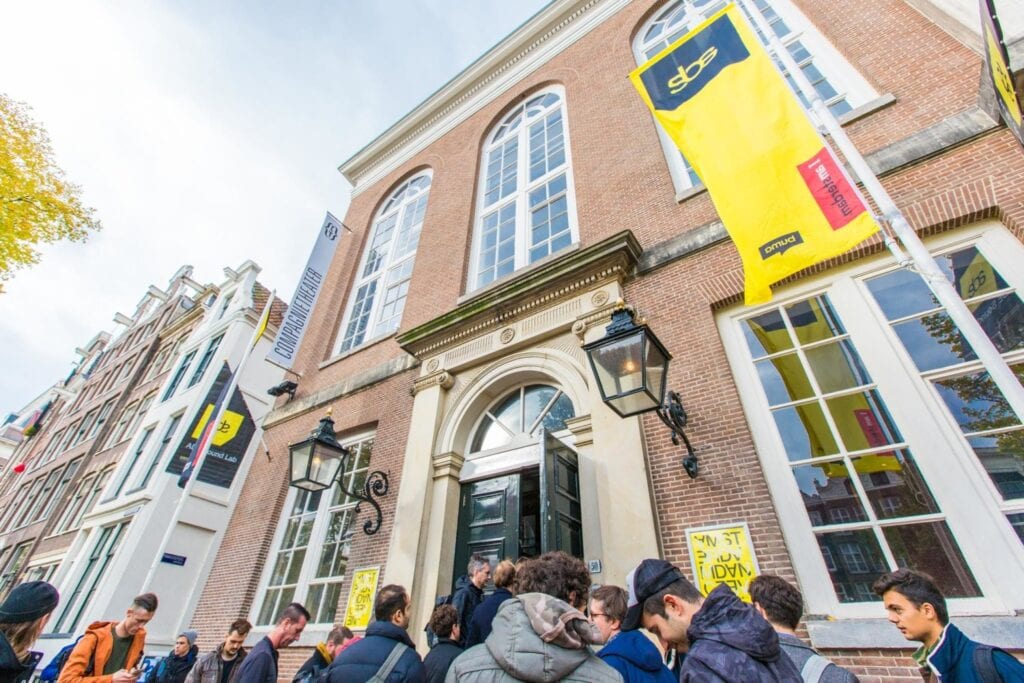 For three days, ADE Sound Lab will be the place to hone your DJ craft, learn how to make your bass lines boom, deliver your demo and promo pitches and participate in the newly announced Beat Clinics.

ADE Sound Lab investigates the magical cross-pollination between music and technology. It features intimate and revealing talks with major figures from the electronic scene, with formats such as ADE MusicTalks, The Record Bag Of … and Studio XL. This year’s program features Elena Colombi, Headhunterz, Lucas & Steve, Mike Williams, Nastia, Sunnery James & Ryan Marciano, Wally Badarou and Wantigga amongst others. ADE Sound Lab also features the annual Demolition panel with moderator and DJ Dave Clarke alongside a panel of top DJ talent, demo pitches and audiovisual installations, plus a broad range of hardware and software brands to try out. The program starts Wednesday, October 16th at the Compagnietheater, and rounds up Saturday, October 19th.

The Compagnietheater will be the place to hone your craft, learn how to make your bass lines boom, deliver your demo and promo pitches and participate in the newly announced Beat Clinics. The former church also plays host to noted gear brands showing their latest feats in electronic music machinery, like Moog Music who are opening up an immersive synth playground to deepen your synthesis experience. Speaking of gear: the Compagnietheater will be just as jam-packed with brands and manufacturers that are pushing the envelope of what sound production can be. You will be able to tinker with a wide range of mixers, controllers and virtual instruments, test hardware from stalwarts like Allen & Heath, Rane DJ, Roli, Arturia and PLAYdifferently, while product specialists bring you up to speed on their newest inventions and creations.

Japan’s Denon DJ will show off this year’s Prime 4, a four deck standalone DJ system with an integrated touchscreen, as well as a range of other projects like the X1800 and SC5000M. Their compatriots AKAI will boast their seminal role in the hundred year history of electronic music instruments through legendary beat machines like the MPC, and younger inventions like AKAI Force and Fire. In addition to the gear bonanza, we are honoured to welcome modular synth-pioneer Malcolm Cecil to ADE Sound Lab. Cecil is an award-winning producer who started out as a jazz musician in the late 1950’s, became Stevie Wonder’s own personal synth guru, and made a name for himself as the head of T.O.N.T.O.’s Expanding Head Band and through his work for the likes of Quincy Jones, Gil-Scott Heron and The Isley Brothers. He will deep dive into his half-century plus career as part of ADE MusicTalks. There is more: we are also hosting five showcases during ADE Sound Lab, spread across three nights and two locations. ADE Thursday and Friday will see these experiments in sound held at Compagnietheater with The Edison Jams Modular Sessions among them. Malcolm Cecil will make a special appearance there, performing a set on an antique valve instrument designed by Nyle Steiner combined with a modular setup. He will be joined by Sjamsoedin and others that will be announced later.

For the full program of ADE Sound Lab click here.