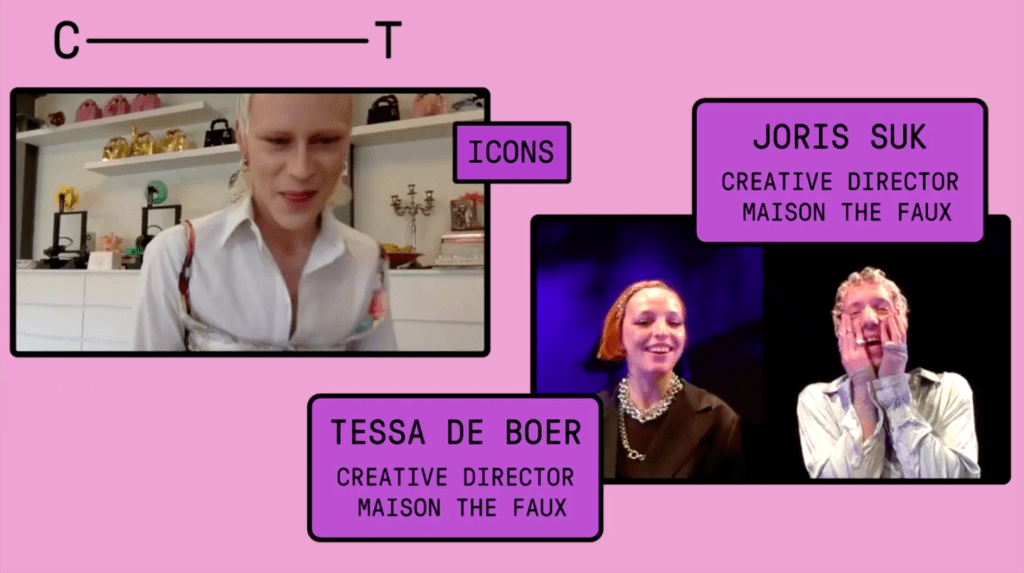 In the eighth and final episode of CT Icons, Dutch creative studio MAISON the FAUX talks to their friend Stef van Looveren. In December 2020, they created the performance 12 in CT together.

Stef Van Looveren’s practice translates itself into video installation, photo, sculpture and performance. Van Looveren uses the installations as an attempt to reflect and dismantle the performativity of our human behaviour, primarily within the notion of gender. Playfully mimicking our social conducts along with visual culture, their work moves towards a surreal gesture.

Ira Kip is an artist and playwright working and living in Amsterdam and New York City. In 2015 she directed the well known play Vagina Monologues, with which she toured prisons in New York. The tour was filmed, for which the film makers received an NY Emmy nomination. In 2016 she started working on her new play Shrew Her, based on Shakespeare’s Taming of the Shrew. This play premiered to raving reviews at Compagnietheater, after which it was played for several years. She is currently developing a new play called Skyscrapers. Follow her on Instagram @Irakip