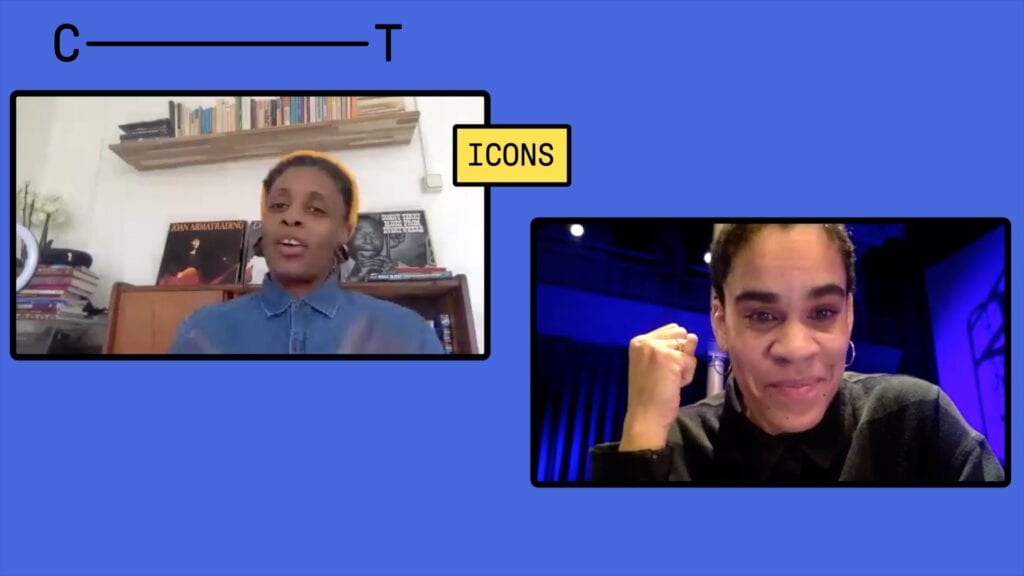 In the seventh episode of CT Icons, Dutch artist and playwright Ira Kip talks to her friend DJ Lynnée Denise:

Lynnée Denise was shaped as a DJ by her parent’s record collection. She’s an artist, scholar, and writer whose work reflects on underground cultural movements, the 1980s, migration studies, theories of escape, and electronic music of the African Diaspora. Lynnée Denise coined the phrase ‘DJ Scholarship’ to re-position the role of the DJ from a party purveyor to an archivist, cultural custodian and information specialist of music with critical value. Through interactive workshops, lectures and presentations at universities, conferences and performance venues, Lynnée Denise harnesses music as a medium for vital public dialogue on how to transform the way that music of the Black Atlantic is understood in its social context and beyond entertainment. Follow her on Instagram @lynneedenise

Ira Kip is an artist and playwright working and living in Amsterdam and New York City. In 2015 she directed the well known play Vagina Monologues, with which she toured prisons in New York. The tour was filmed, for which the film makers received an NY Emmy nomination. In 2016 she started working on her new play Shrew Her, based on Shakespeare’s Taming of the Shrew. This play premiered to raving reviews at CT, after which it was played for several years. She is currently developing a new play called Skyscrapers. Follow her on Instagram @Irakip