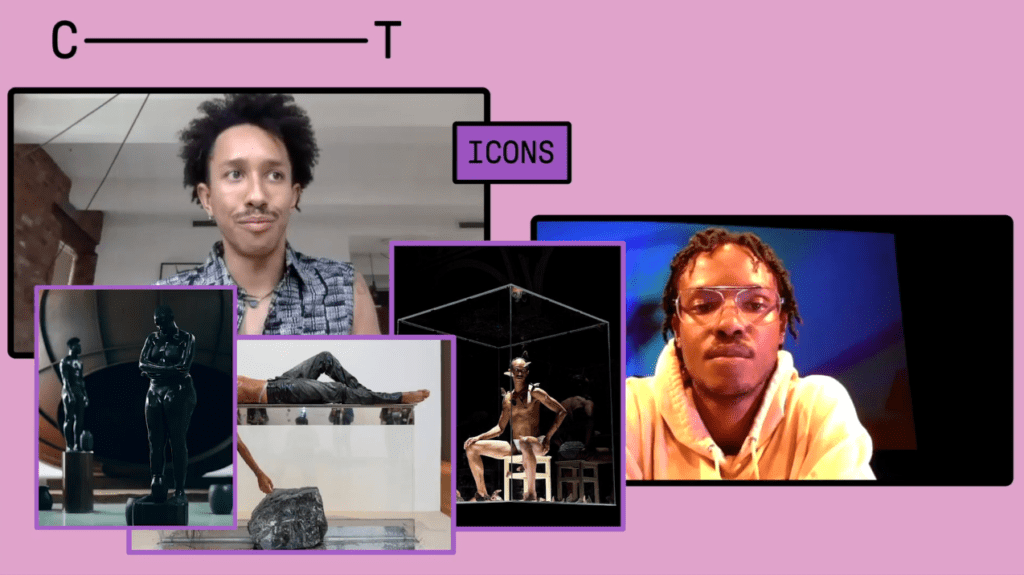 Miles Greenberg is a Montreal-born performance artist and researcher of corporal movement based between New York and Paris. His practice centres around a romanticized exploration of the Black body in space through durational performance, sculptural forms and gestures. His work consists of large-scale sensorially-immersive environments which revolve around the physical body. He has a largely self-acquired background in linguistics, perfumery, butoh and physical theatre, and has studied under the direction of various mentors such as Edouard Lock, Robert Wilson and Marina Abramović. Follow him on Instagram @miles.greenberg

JeanPaul Paula is a Willemstad-born, currently Amsterdam-based, creative director, stylist, and photographer, who works around the world, partly based in Paris, London and Sao Paulo. After moving to Amsterdam in 2005, Paula had his first experiences in fashion as a stylist and model. In 2008 Paula became Fashion director for online and print publication Mykromag. In 2011 he became the fashion director for WAD Magazine in Paris, where he lived and worked for three years with a diverse group of people. He has done various projects, from commercial to editorial work and from film to music videos. He has worked with Jean-Baptist Mondino, FKA Twigs, Lacoste and Nike, amongst others. Follow him on Instagram @jeanpaulpaula
Check out the other CT Icons videos on our Lifestreams page.
Spread the word & share
Follow us anywhere
Op de hoogte blijven?
Schrijf je in voor de nieuwsbrief