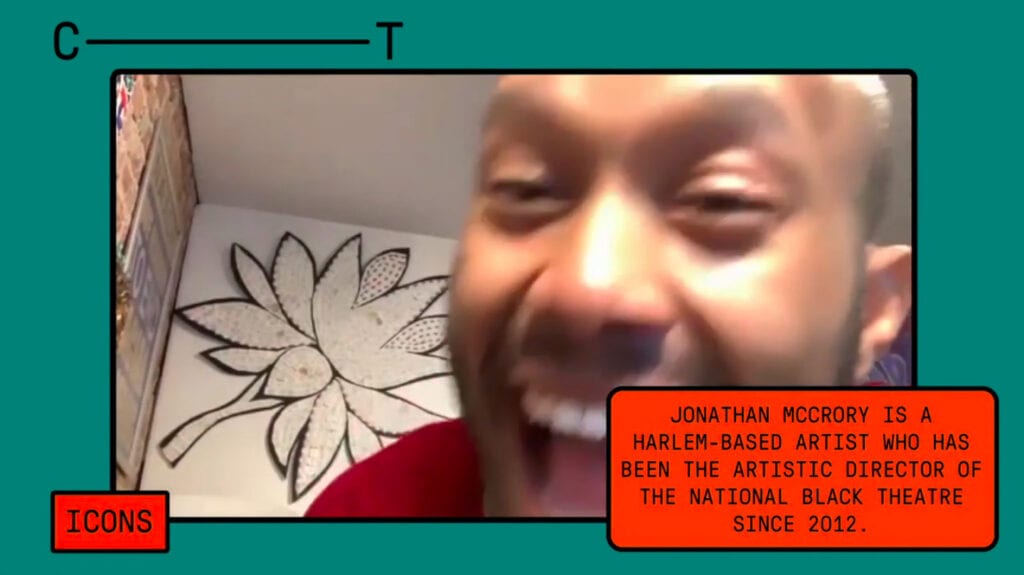 In this fourth episode of CT Icons, Dutch artist and playwright Ira Kip talks to her friend Jonathan McCrory:

Jonathan McCrory is an Obie Award-winning & Audelco Nominated, Harlem-based artist who has served as Artistic Director at Dr. Barbara Ann Teer’s National Black Theatre since 2012. Currently serving on the nominating committee for the Tony Awards & The Lucille Lortel Awards. Throughout his career, McCrory has worked professionally as a director, producer, and actor. A Washington, DC native, he attended Duke Ellington School of the Arts, where he trained in musical theater and theater production. He earned a BFA degree in Acting and Africana Studies from New York University TISCH School of the Arts.
Ira Kip is an artist and playwright working and living in Amsterdam and New York City. In 2015 she directed the well known play Vagina Monologues, with which she toured prisons in New York. The tour was filmed, for which the film makers received an NY Emmy nomination. In 2016 she started working on her new play Shrew Her, based on Shakespeare’s Taming of the Shrew. This play premiered to raving reviews at Compagnietheater, after which it was played for several years. She is currently developing a new play called Skyscrapers.
Check out the other CT Icons videos on our Lifestreams page.
Spread the word & share
Follow us anywhere
Op de hoogte blijven?
Schrijf je in voor de nieuwsbrief